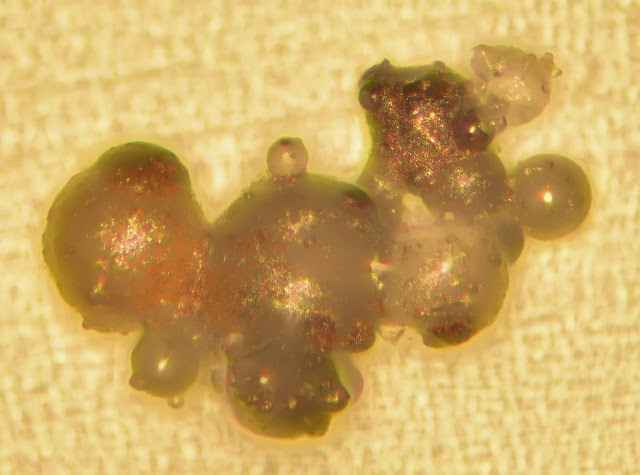 This is probably the worst you can find while looking for micrometeorites. I found it in the deep sea sediments I recovered.

Many micrometeorites have a spherical or aerodynamical shape (if they melted when entering the atmosphere). Most of them also show one or more metal beads.

So finding a particle with spherical shape and metal bead is good. It should be good.

I found this group of spherules with metal beads which would have been good candidates if they were alone. Y have no idea which terrestrial phenomenon on the earth produced these nice imposters. But this is disappointing as this reduces the probability other glassy candidates with a metal bead I found are extraterrestrial.

The need of a (complex) chemical analysis is now higher.

Popular posts from this blog 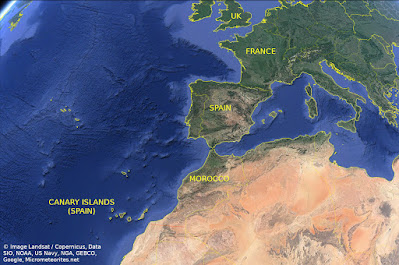 The day before yesterday I proceed with my first sediment recovery in the deep sea in order to find some micrometeorites. This happened in the Canary archipelago, between the  islands of Gran Canaria and Fuerteventura, about 12 nautical miles away from Gran Canaria North East coast. Situation of the Canary Islands archipelago The first step was to check with local authorities if this kind of activity is allowed. I got an official answer I can do that. I then studied the sea bottoms using some tools like EMODnet - BATHYMETRY (Topography of the European Seas). The place I have chosen is:           N 28º06.780' / W 15º13.822' In decimal degrees: N 28.11º / W15.23º This is situated 22 km away from the Gran Canaria island coast. The Canary islands are quite dry with no constant flowing river. As a consequence very few sediments are flowing to the sea water which remains always very clear. I expected the sedimentation rate should be low so the sediments could be rich in micrometeorit
Read more
January 18, 2021 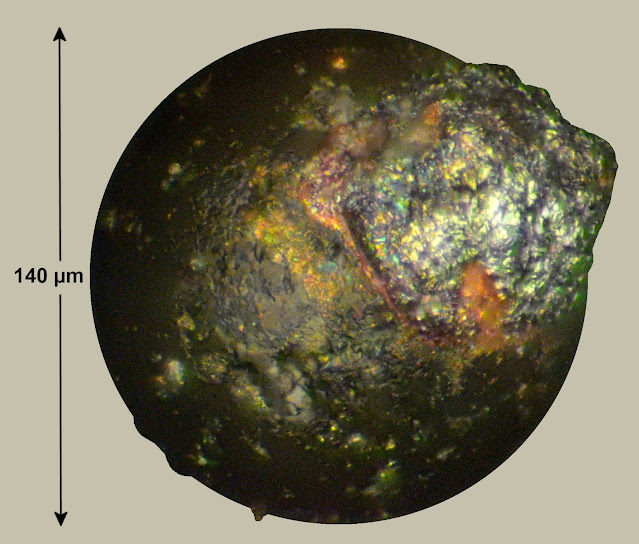 So, I am hunting for MicroMeteorites (MM) in the sea sediments I recovered at almost 1500m deep North East Gran Canaria (Spain). This is my first deep sea sediment extraction and the first time I analyze such sediments. The sediments contain rather few magnetic particles and very few spherical magnetic particles. As a consequence there are quite few MM to be find. But still, it is a good new the sediments are uncontaminated (or almost uncontaminated) by anthropic spherules. Two experts in micrometeorites accepted to give me a help. These are  Scötte Peterson, from Mineasota in the USA and Jon Larsen from Olso, Norway, author of the book "In the Search of Star Dust".  I sent them some samples of the sediments. Scötte already received the samples and immediately found a nice barred olivine in them. Jon Larsen should receive the samples in the next days. In the meanwhile I found a few micrometeorites pretenders. Very small all of them. Here is a picture of one of them:  This pic
Read more 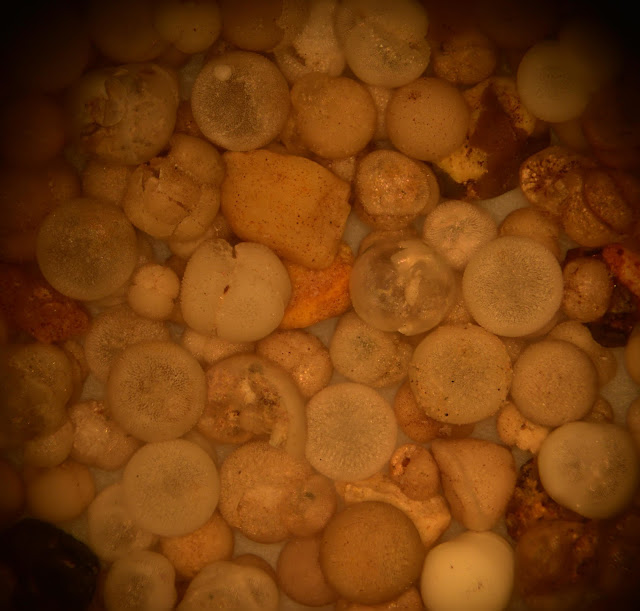 I am working on a machine that could select spherical micro particles from deep sea sediments. It is based on a inclined vibrating plane on which the spherical particles are rolling down. After a few adjustments it seems it works quite good. This picture is a sample of non magnetic particles selected by the machine. I think these spheres are from animal kingdom. Maybe eggs. The drawback of the machine is it also discards many spherules. That would be unacceptable working on dust from urban roofs. But the deep sea sediments, even if difficult to recover, are virtually infinite. Once one find a way to recover deep sea sediments, discarding part of them should not be much problem. Here is a good micrometeorite pretender I found using the machine for the first time on real unchecked sediments (it is translucid): I also find this weird twin that is very probably terrestrial. Opinions on the machine and on the micrometeorites pretenders are welcome. Thanks, Gauthier
Read more